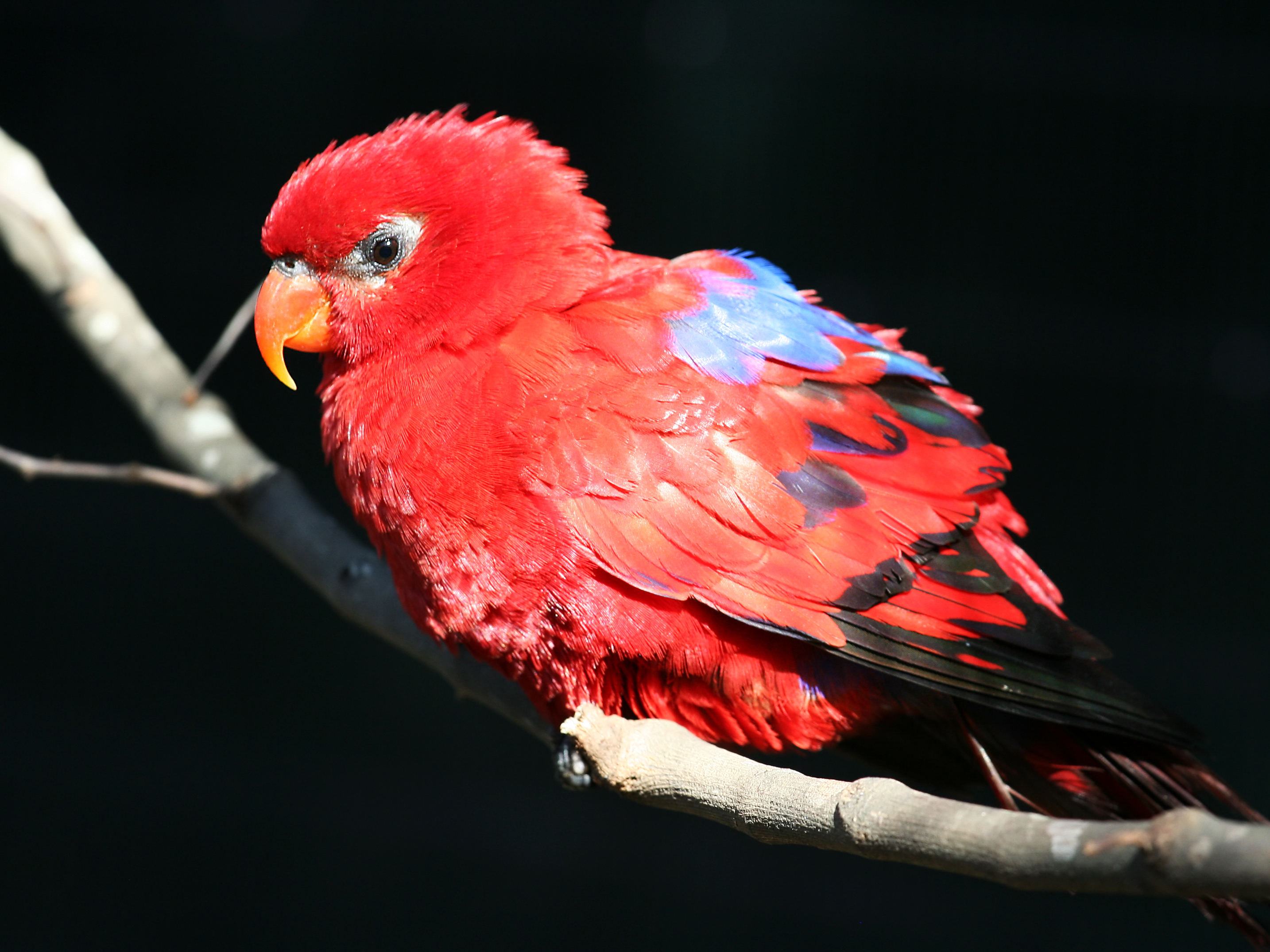 The second session of the New Music Seminar I attended was the Managers Movement.  The speakers were “Blue” Williams (President, Family Tree Entertainment), Jake Gold (President & CEO, The Management Trust), Lee Trink (President, Dare Might Entertainment), Robert Fernandez (CEO, Famous Artist Music & Management), Dean Raise (Artist Manager, C3 Management), Jason Foster (Owner, We Are Free) and  Steve Rennie (Founder, Renman Music & Business).  I did not look at my program so I did not use their names in my tweets.

What follows are my tweets about the panel.  Text in parentheses were my opinions and not necessarily those of the speakers.  The italicized text that follows some of the tweets below are my comments on specific points of the panel.

1.  Good songwriting panel. If artist works a song hard & will make the song, it’s ok for songwriter to part with 10% publishing #nms13

2.  Linda Ronstadt was an artist content w/being an artist. She didn’t seek part of writer’s publishing. #nms13 Many aren’t this ethical

(Elvis Presley was mentioned as one who would record and expect a piece of the publishing pie in return.  He was forgiven by the panel because “HE’S ELVIS,” and if St. Elvis of Tupelo (not their term for the Deity) records your song, your career has gotten a big bounce.  It was and will always be OK to give Elvis some of your publishing in exchange for the favor of recording one of your songs.)

3.  Songwriters need to work on their weaknesses by seeking out those who can help/instruct them in their weak area. (Yea to education) #nms13

4.  Mali Music is getting tons of praise from many on this panel. #MaliMusic #nms13

(MaliMusic were thrilled that I hashtagged them and started a correspondence with me.)

5.  At Managers discussion – it’s not a new business, it’s still getting clients message out but with many new ways. #nms13

6.  Many more albums are being made but just because they can be made doesn’t mean they should be made. #nms13

7.  Record label functions still need to get done but they can be done by non-record people. #nms13

8.  @Nigeria17 @TeamMaliMusic I look forward to getting to know your music better. Thanks for the mention. #nms13

9.  Band doing it on their own. Should they work with label? Depends on what label can do for them. #nms13

12.  Labels look to and respect managers more now. Managers have to work harder, therefore be more select about who to manage. #nms13

13.  Separate deals in each country in order “to keep everyone on their toes.” Management advice in dealing with bands. #nms13

14.  Politics of labels can subjugate bands’ and labels’ interests. (A constant truth) #nms13

15.  Labels should care about a release rather than “take a shot in the dark.” #nms13

(Although perhaps this is “touchy feely” or touchy feely to the extreme, it is sage advice.  Wicked sage as we say in Boston.  One can make money and “get back” money but even with scifi, Google and tech, we still cannot get back time.  Yet.)

17.  Managers need to get fans attentions to do more than just click. How can you get them to spend time & attention? #nms13

19.  Hip hop world is complete opposite of pop in generating revenue – they can’t do as many live dates. Turn to clothing etc lines. #nms13

20.  Labels are clueless about marketing to those over 30 and have given up (spoken by hip hop manager) #nms13

21.  What are best new means to promote bands? Twitter, social media etc. but it is a struggle with destroying all mystery. #nms13

(The hip hop manager made a great point – that one can overdue and over-share via social media, and that this can turn the artist into an average, everyday uninteresting person.)

22.  Keep mystery of a band. Have good relationships but maintain some mystery and distance. How to have mystery but familiarity? #nms13

23.  Artistry, celebrity and fame have become blurred. As one learns everything about an artist, than the artist becomes just average. #nms13

(Instagram is “instant” (duh) and harder to do wrong than using too many words (ha ha ha) of Twitter.  140 characters have hurt and nearly destroyed careers.  My wild guess, based only on my own work and observations and not any formal study, is that Instagram has not hurt as many artists and celebrities as Twitter, even if a picture tells a thousand words.)

25.  Be very mindful of what you post on social media sites as the social media companies own everything you post. #nms13

(Facebook has one the clearest “Statement of Rights and Responsibilities” (SRR) that is tantamount to a terms of service (TOS) or end users license agreement (EULA).  It’s always “fun” to have even more acronyms enter the public discourse, isn’t it?  I expect to see a DWWS (Do What We Say) agreement or from the film, “Shawshank Redemption,” YABTM (Your Ass Belongs To Me) agreement.)

26.  Very good quote of Seth Godin – important to direct email as you own that and better financial results. #nms13

(I have found the study of technology, social media, mobile devices, and communication, as well as the business and legal issues surrounding these nouns, much more helpful in understanding the present state of the music and entertainment industry.  I’ve always believed that outsiders bring more objectivity, creativity and original thinking and actions to a field.  Famously, it took an outsider, Steve Jobs, to show how a digital music market should work.)

27.  Managers want to keep labels from owning artist’s social media. (I hope managers can succeed but artists have messed this up) #nms13

28.  Do not find managers by looking on Facebook. Referrals are good but it is hard to find a manager. Start “working in your scene” #nms13

29.  Artist needs to be patient when trying to find a manager. Build your name by hard work. Book yourself, etc. #nms13

30.  (Be suspicious of manager who seeks out and wants to manage an unknown artist. I see this happen frequently. Had to write this.) #nms13

(This was not discussed but I have seen unscrupulous manager-wannabes, publishers and others go after young, naive artists and bands.)

31.  Don’t solicit a manager by Twitter. Very lazy. (Hip hop manager who hates the laziness and Twitter for this.)

33.  Why should a manager care more about the artist’s career than does the artist? #Lazyisbad. #nms13

35.  Most big artists began playing to empty rooms. (Cream on their first US tour.). #nms13

36.  In music there is very serious ADD. “The Internet is wafer thin.” One needs to play shows & get attention. #nms13

37.  Led Zeppelin never played on TV because their manager knew they wouldn’t be very good on TV. #nms13 #Knowyourstrengths

(Led Zeppelin didn’t look good on television?  Have you ever seen a more unhappy Eric Clapton and Cream on the Smothers Brothers Comedy Hour?  They are lip and instrument syncing to Anyone For Tennis?, one of their three (3) breakup songs from their farewell “Goodbye” album.  This silly yet horrifying YouTube clip ends just as a few frogs are about to begin croaking the words, “Cream, Cream, Cream.”  Unfortunately the frog croaks have been cut from this upload but I have the original and will attest under oath that even the frogs are unhappy about their croaking performance with Cream on a Sunday night television comedy show.)

38.  Manager needs to be able to leave ego at the door. Carry equipment, keep learning, do every job – this is vital! #nms13

39.  “The Truth shall set you free. By that I mean the truth will get you fired!” (in management, spoken by hip hop manager) #nms13

43.  Again, to become a manager, do every task imaginable to learn the nuts and bolts and what needs to be done. #nms13