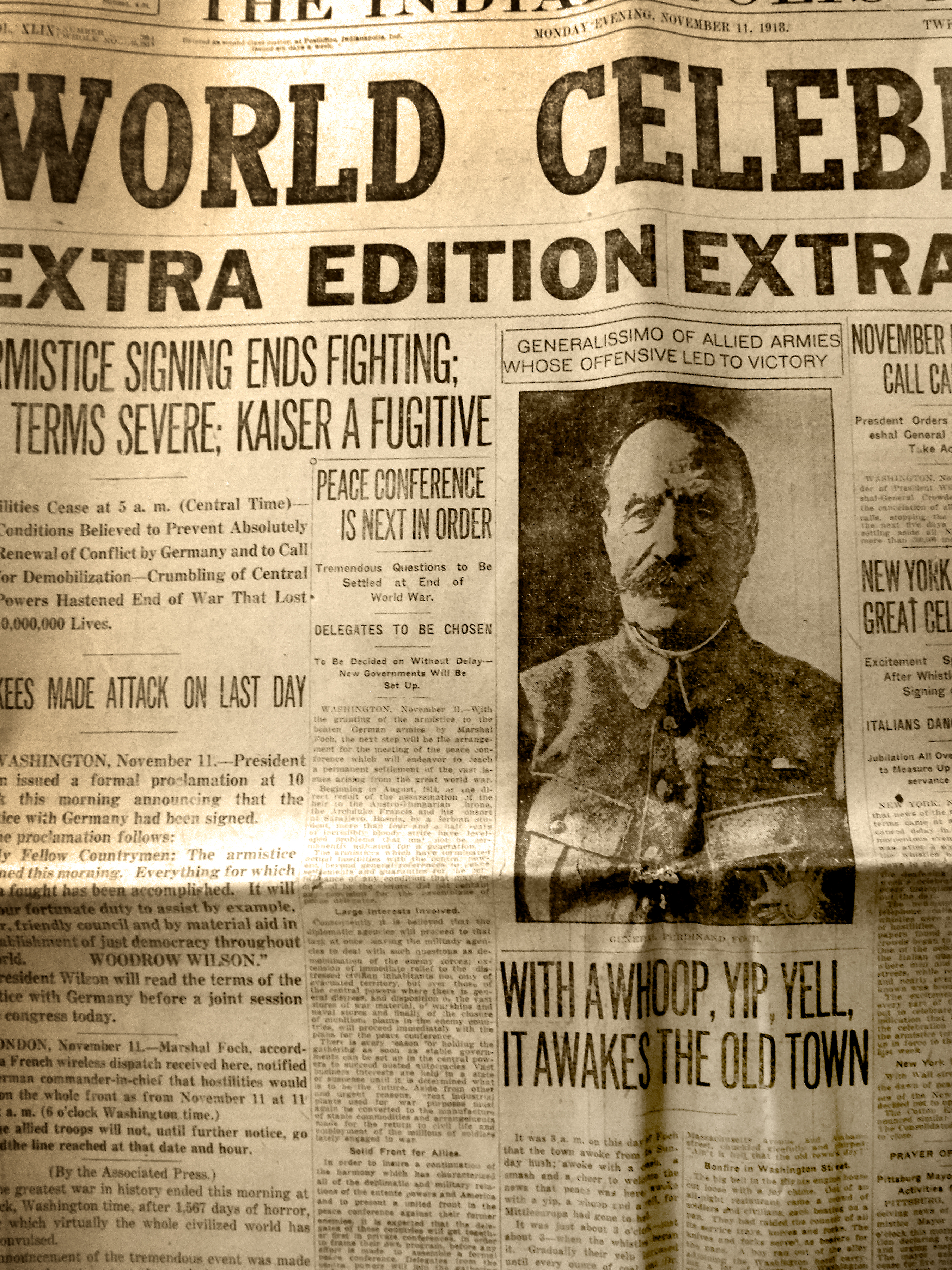 McCartney attacks Lennon.  Lennon attacks McCartney.  Later, there is peace (but only after “cake” became a 7-syllable word).

A.  When Paul McCartney wants to attack John Lennon.

This post came about because of this short article a friend posted on Facebook:  The 30 Harshest Musician-on-Musician Insults in History.  I believe the article missed the greatest, most effective and significant insults, and I am leaving aside even greater vitriol that has taken place throughout the centuries of Classical music/art music.  (Wagner, anyone?)

There are some good insults (insults can be good?) found in this 30 Harshest post originally from August 15, 2011.  I prefer the clever insults or those that really did more than state something as dunce-headed as, “your mother wears army boots.”  Out of the thirty (30) in the post, my favorite is from Elvis Costello:

I think the multifaceted insults cast from Paul McCartney to John Lennon and back are so better worth highlighting than any of the 30 contained in the Flavorwire.com post.  How could the McCartney-Lennon feud have been omitted from the “30 Harshest?”

If one hasn’t studied the Beatles or been alive during the time of the Beatles (1964-1970, if one is American, and 1963-1970, or 1957-1970 if one is from the UK), then it is understandable that one missed out on these very good songs, barbs and photographs hurled from one side to the other.  And not only did John and Paul have vitriol to cast at each other, the other two Beatles – George and Ringo – as well as many Beatles fans, also took sides.

As a band and as friends, it seemed that the Beatles would need to part ways, at least temporarily, at some point.  They had recorded at least two great albums per year, released many great double A-sided singles in addition to those albums (The Beatles did not want to include their hit singles on their hit albums as they did not want to gouge the public and make them buy the same song twice – the opposite of The Beach Boys, for example), made movies, and toured frequently while consistently changing music and leading musicians and audiences in stunning new directions.  (By double A-sided, I am referring to the fact that both songs on the single – the A-side and the B-side – were brilliant and either of them could have been the “A-side.”  One of the best examples of a double A-side(d) single is “Strawberry Fields Forever” and “Penny Lane.”  Which of those two songs should be the A-side?)

The Beatles also were very young during those times and would have needed time to simply live life.  When The Beatles appeared on The Ed Sullivan Show on February 9, 1964, they ranged in age from 20 (George) to 21 (Paul) to 23 (John and Ringo).

With the release of McCartney’s second solo (post-Beatles) album, Ram, the feud between Paul McCartney and John Lennon went public.

On the front cover of Ram, McCartney is holding a ram by the horns.  Ram (front album cover)

On the back cover of Ram is a picture of two beetles copulating.  (Notice the insect spelling, b-e-e-t-l-e, and not musicians spelling, B-e-a-t-l-e-s, which looks correct.)  This is ripe for multiple interpretations.  Is one beetle named “Paul?”  Is one named “John?”  Whose idea was it to use beetles rather than spiders or ants?

The opening song on Ram, Too Many People, is an attack on Lennon’s politically and socially critical obsessions as well as McCartney’s derision on Lennon’s importance in The Beatles.

Too many people going underground

Too many reaching for a piece of cake

Too many people pulled and pushed around…

McCartney was criticizing Lennon and those who were out to change society.  “Underground” usually referred to those who were not “The Establishment,” the mainstream of society.

“Pushed and pulled around” could also be a reference to the masses who wanted a piece of (not “cake” but) John Lennon and Paul McCartney as Beatles – they wanted them as BEATLES to join the undergournd and anti-war movements that were omnipresent.  The Beatles, however, mostly avoided speaking (and singing) about Vietnam and the most pressing topics of the 1960’s.  (Late-Beatles and especially post-Beatles, John would venture far into anti-war efforts and social movements of the times while the other Beatles did not.  Here is Bed Peace starring John Lennon & Yoko Ono.  This was released by Yoko in August 2011.  It captures the spirit of John & Yoko’s “Bed-Ins,” the late 1960’s anti-war activism, as well as John and Yoko’s proclamation of peace (“War is over if you want it”).  It is a wonderful historical artifact – the conversations with Dick Gregory and Tom Smothers were among my favorite parts of the film.)

The most strident and obvious attack on John came with the lines:

This was the lyric that went too far for many fans and unlike phrases such as “too many people going underground” or “too many people being pushed and pulled around,” this meaning was conspicuous and unmistakable.  Paul McCartney seemed to be telling John Lennon and the entire world that The Beatles were a “lucky break” for John even though back in the 1950’s, John had asked Paul to join HIS band, and Paul joined JOHN’S band.

And to go a step further – Paul was asserting that John broke up the band.  John “broke it in two.”  The idea that a four-man band would break into two, rather than four solo parts, was significant to those in the inner circle of The Beatles but probably not yet to the outside world.  The idea that The Beatles had broke into two factions would become clear to many when John released his Imagine album in September 1971.

McCartney, perhaps in a brief effort to ameliorate some of the pain he may have caused Lennon (the guy who was lucky to have been a Beatle), might be assigning blame for the legal and financial problems that the Beatles experienced near the end of their time as Beatles (the death of Beatles manager Brian Epstein and the hazards of new management, the establishment and serious problems of future Beatles’ management, the dissolution of the Beatles, etc.) to business managers and lawyers “breaching practices.”

Too many people breaching practices

Don’t let them tell you what you want to be

At the end of the verse, McCartney might even cast the Beatles’ and Lennon’s problems as not all of John’s fault.

Too many people holding back

This is crazy and maybe it’s not like me

Perhaps important people are holding back and not able to help Lennon, The Beatles and their predicaments?

The situation is crazy and maybe it’s not like McCartney – no, perhaps Paul is stating that it is really not like him to be the one to level an attack on John (“maybe” was the only indecisive word of the song).

But perhaps this last note of possible positivity is an illusion.  If Paul had only ended Too Many People at this point, the song would still be a strong personal attack on John “Lucky” Lennon but one that might have ended on an uptick.  Instead, Paul now descends into “your girlfriend’s a dog, mine’s hot, and your mother wears army boots” territory as he saves his most personal and unnecessary sneer for the end.

That was your last mistake

I find my love awake and waiting to be

Now what can be done for you?

She’s waiting for me

Paul’s love is “awake” (enlightened?) and “waiting to be” (at peace and not being “pulled and pushed around”).

Paul saves the phrase, “to be,” for the final sections of Too Many People.  Would a listener be reading too much into the twice-stated “to be” –

Don’t let them tell you what you want to be…

I find my love awake and waiting to be…

as possible references to Paul’s famous song, Let It Be, or a slight dig at John’s songwriting significance or ability?  John might have seen it that way as John would, in turn, attack Paul and the significance and ability of his songwriting in a song on John Lennon’s next solo album, Imagine.

And as mentioned above George Harrison and Ringo Starr would also be involved in this war.  To be continued…