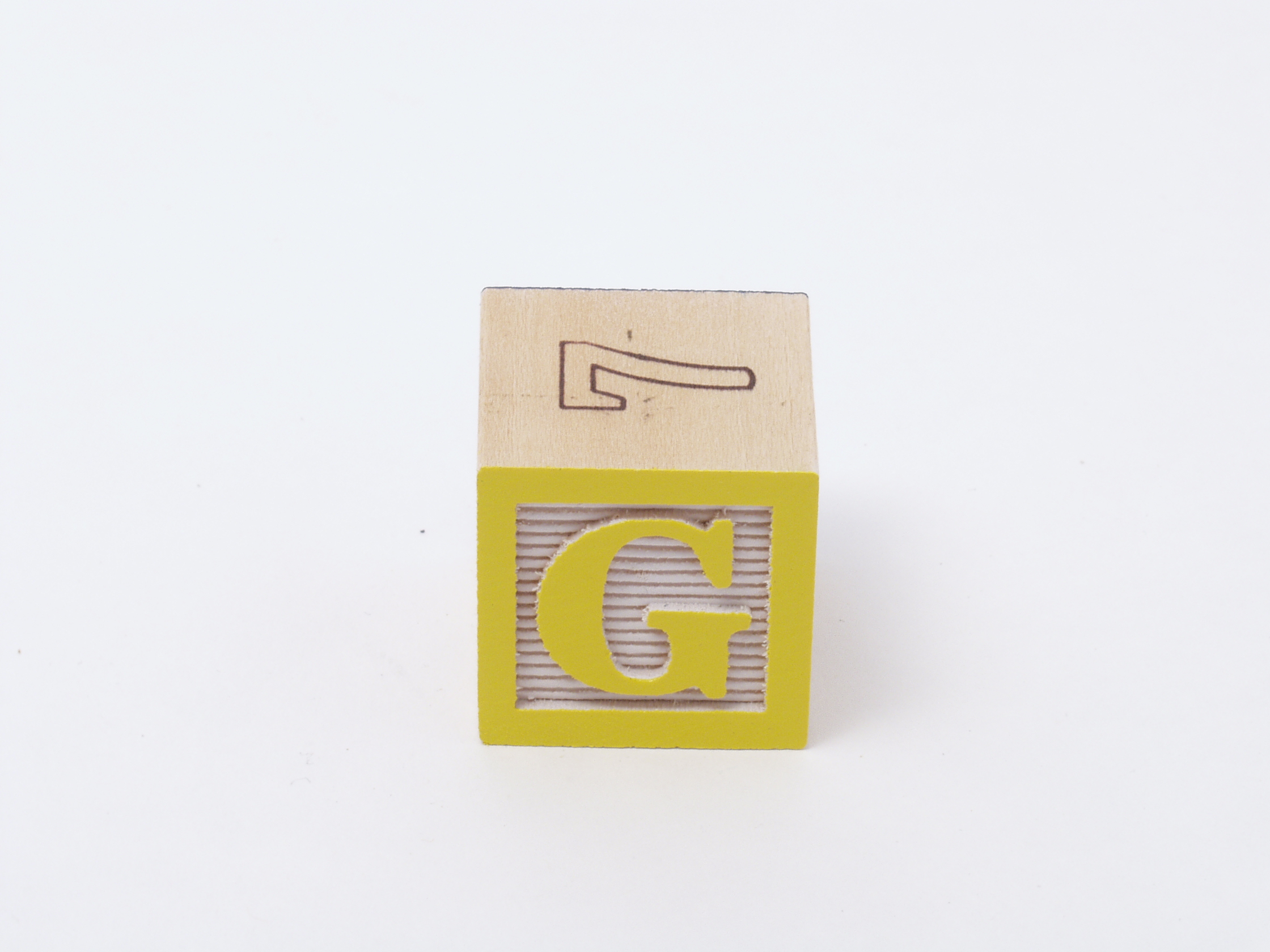 Last night – Sunday, January 26, 2014 – I watched the 2014 Grammys show.  I rarely watch the Grammys or any awards shows – Emmys, Academy Awards, Peoples’ Choice, the Oscars, the Madisons, the Ungers, etc.  I thought I’d post/drink a 140, an FB and then sign off and watch Dexter Season 4.  For some reason, I kept watching & commenting on the Grammys.  (But I managed to watch Dexter later.)

(Isn’t my “G7” cube cover photograph nice and nicely apropos?  The “G” stands for Grammy and the “7” is associated with the “G.”  Together this chocolate and peanut butter concatenation means, “G7,” aka “G Dominant 7th chord,” a favorite and old hit among us guitarists.)

1(a).  I’m a Grammys member & am supposed to be thrilled & engaged. The opening is perfectly predictable like every Grammy show. But for once I don’t think we’ll get an EDUCATIONAL lecture about the evils of downloading & that downloaders, Pandora and the ANTICHRIST herself aka GOOGLE who have stopped the performance & creation of music. I wish the teleprompter readers the very best of luck tonight. And I am pro-my clients, friends and the old people (Beatles rhythm section guys and any other 60+ ancient folk).  Time for Twitter where there is peace.

I was about to leave when suddenly I didn’t. I was at my iMac and just kept writing in response to what I was seeing and hearing at the Grammys.

who will someday interrogate me lie ahead!

Here are those less-140-character statements:

1.  I’m a Grammys member & am supposed to be thrilled & engaged with this B. A. show. The opening is perfectly predictable like the rest.

2.  “We made this record without a record label.” And then in comes the music. STOP THAT ANTI-RECORD LABEL rant! Right now! #Grammys

3.  I’m so puzzled. Lord or Lorde with that extra “E” is a damn big deal. Her Royal is heart felt & I damn well don’t get it. #Grammys

4.  And let’s remember, “Sponsored by CBS.” Even the commercials show pretty women who have been deprived of body fat. #Grammys

6.  Hunter Hayes can play piano with his right hand & emote FEELINGS with his left hand as he gets soulful. Wow, only in LA! #Grammys

8.  Wow! A man & a woman are approaching the center of the stage to read the nominations. This is why I watch! #Grammys

9.  Robin Thicke’s Marvin Gaye cover did not win! But they teased us by having them in the selection pool. #Grammys

10.  Dude – your bicycle helmets are getting me thinking UP and FIRM! And thank you to the Academy. #Grammys

11.  “Dude, I am very funny in England. Remember I’m from England like Ringo and left-handed Paul.” “Miss Katy Perry.” #Grammys

14.  Up next – “An intimate performance by Taylor Swift…” Dear God, may it be not TOO intimate. I like moderation (& no blue horses) #Grammys

15.  Robin Thicke & his grandparents & some of their assisted living friends, a band from Illinois called “Chicago,” are next! #Grammys

16.  “Reunited a classic group” with “someone who exploded this year…We’re gonna blur the lines a little bit…” Write your own joke #Grammys

17.  The Great Thicke Grandson knows so many of the Elders’ songs! And a rapper does too! #Grammys

18.  I’ve never been to Branson (no nearby interstates) but tonight I’m blessed to be getting Branson’s finest (& with rap guy!)! #Grammys

19.  Get the Elders off the stage as now Grandson wants to tell her that he “knows she wants it.” Awful sex stuff! #Grammys

20.  I see Australian guy on short leash. He sings “You’re so innocent.” Next a guy is restrained & imitates a white singer. #Grammys

21.  I love this instrumental solo/rendition of Prince’s “When the doves cry.” Just the good notes up high on that ax! #Grammys

22.  YEA! Commercials are great too! Austin Mahone is back! I’m so glad he broke off from the rest of his domineering family. #Grammys

24.  9-Time Grammy Winner John Legend sings from his heart & about the value of his legal name change. Not “Novella” but “Legend.” #Grammys

27.  Nirvana drummer & Beatles bass player wins something. Go Vegan! They “knocked it out in a couple of hours” NO age jokes. #Grammys

28.  “My good friend Taylor Swift.” WARNING – Perfect intonation ahead. WARNING – intonation perfect or not does not matter. 🙂 #Grammys

29.  If she doesn’t bob her head up and down fiercely the loudness level won’t rise – it will stay a sensitive ballad. WINNING bob! #Grammys

30.  For those of us who love music theory, we can notice tonight that if you’re deep, you don’t end on the One Chord. #Grammys

31.  Absolutely bizarre COINCIDENCE! John “Please Consider Me A” Legend sang at the Grammys & is singing for a car commercial #Grammys

I quickly looked away to the Twitterverse & laughed at this tweet connecting a particular Grammy performer with Mick Huckabee’s “women” statement.  (Why do some white male “Get Off My Lawn” politicians so often describe/prescribe for women?)

Mike Huckabee wants you to know he thinks Taylor Swift can control her libido and it’s totally not weird that he’s thinking about that.

32.  He sings at the Superbowl but immorally says, “Strap yourselves in…” This is not family time TV. And now Color Pink sings #Grammys

33.  I don’t follow these shows closely but I think the stripping thing is having an impact. Pink swings. Where’s her pole? #Grammys

34.  NEVER COMPLAIN ABOUT TAYLOR SWIFT’s SINGING AGAIN with this

35.  I think she & mustache are singing at each other trying to one up the other. She’ll win. #Grammys

36.  Lord + e wins! “This is the one thing that I did not expect the most about tonight…” giggle #Grammys #Grammar

37.  “Unleash your love for music…” More of this double entendre language by my Grammy people. What’s with this enticing talk? #Grammys

38.  Next time I sing in public, i’ll make sure my red lipstick & my red mic match! Love these commercials! #BandPerry #Grammys

In the words of Ozzy

40.  Yea! White hair at the Grammys! Even the trumpet player is singing (fortunately without a mic). Go Ringo! #Grammys

41.  I just heard from her parents. In print her parents prefer, “Lord Plus E.” Apologies. I stand corrected. #Grammys

42.  He must be important. He’s reading from a teleprompter without a female counterpart. “The nominees are…” #Grammys

43.  Love the “all the pregnant women are like what do I got to…” And pregnant woman’s man WINS! #Grammys

44.  “I want to thank God a little bit…” A LITTLE BIT? Wow – there should be hell and damnation coming down on him soon! #Grammys

45.  Yea to Def Jam! This is the educational moment instead of DON’T DONWLOAD YOU BAD & evil stealin’ YOUNG ‘UNS. #Grammys

46.  He sings about “prison binds” & is dressed in a tight white top. Now there are more dressed in those tight whites. #Prisonmongers #Grammys

47.  This will be another one of those great nursing home anthems in 2050. The residents will all dress in white & wave their arms.

48.  An exciting new voice in country music & in case you don’t believe it, we’ve provided neon cactus as background. #Grammys

50.  The most creative people are in advertising and I’m thrilled that I get to work with a lot of them! Stone time. #Grammys

51.  Julia Roberts is here as a reminder that her film needs more ticket buyers. “I’m still hot & my film is in theaters.” #Grammys

52.  Paul & Ringo will play a new song. The audience will demand it be short or sound like a Beatles song they know. #Grammys

54.  Legally, Yoko would not have been allowed to dance to Paul’s singing back when they were suing each other for decades. #Grammys

55.  I LOVE SEEING TWO BEATLES TOGETHER on stage or anywhere! Wonderful! #Grammys

56.  Pharrell with lots of r’s and l’s … Isn’t he one of the guys who stole Marvin Gaye’s sex song? #GRAMMYs

57.  Thanking your Mom is the best thing you can do. Very good to hear! (even if after thanking his manager.) #Grammys

58.  This can’t be! Paul just sang this song for the 1st time & Surface stole it & put it in their commercial! No way! #Grammys

59.  Finally, someone champions the color grey! #Grammys But importantly these are great musicians/artists!

62.  More country musicians on stage (she & he as should be), this time without signifying neon cactus/cact-eye! #Grammys

64.  Every player on that stage should be introduced on this Daft Punk Stevie Wonder song. Punk Punk Stevie. #Grammys

65.  Sure, sing “Freak out, freak out!” but someone BADLY needs an introduction! Music history moment again! #Grammys

67.  Loving many of these commercials – Google & Zorba The Greek mashup. #Grammys

69.  Carole & Sara work great together. Proof that age/gender/color/religion etc are to be ignored. #Grammys

70.  Oh. They gave this song away & it resulted in just a bit of success? Really? Free can lead to success? A business model! #Grammys

71.  I’m still waiting for the introduction of that musician – 3 syllables – who performed earlier with Punk Punk Stevie. #Grammys

73.  Jaymz Lennfield – The great & supportive Metallica! Unlike Sony, these guys are in Beatallica’s (our) corner! #Grammys

74.  Day-uhm! Metallica are more than just holding up! Nice! No rust, no decay! #Grammys

76.  Well, they’ve introduced the ROBOTS but no… wait, they did! Nile Rodgers has been mentioned verbally & on stage! #Grammys

77.  Oh cool! The commitment to love can only mean one thing – the freedom to date & marry! Human rights, dignity & music can work! #Grammys

78.  I was turned on to Macklemore & Ryan Lewis in 2012 by Harvard Law students. I’m very appreciative to have learned about them. #Grammys

79.  Yea! The freedom to choose friends, start to date and maybe get married. Why oppose this? Good move #Grammys

80.  Portnow usually is the worst part of the Grammys show. But this time, I predict no rant against technology. #Grammys

83.  Glad to see my friend Milt Olin mentioned as a great who recently died. I didn’t see Mulgrew Miler’s name. Was he mentioned? #Grammys

84.  Tragic that the name John Legend can sound when John LENNON is intended. My teaching moment – John Lennon was better. #Grammys