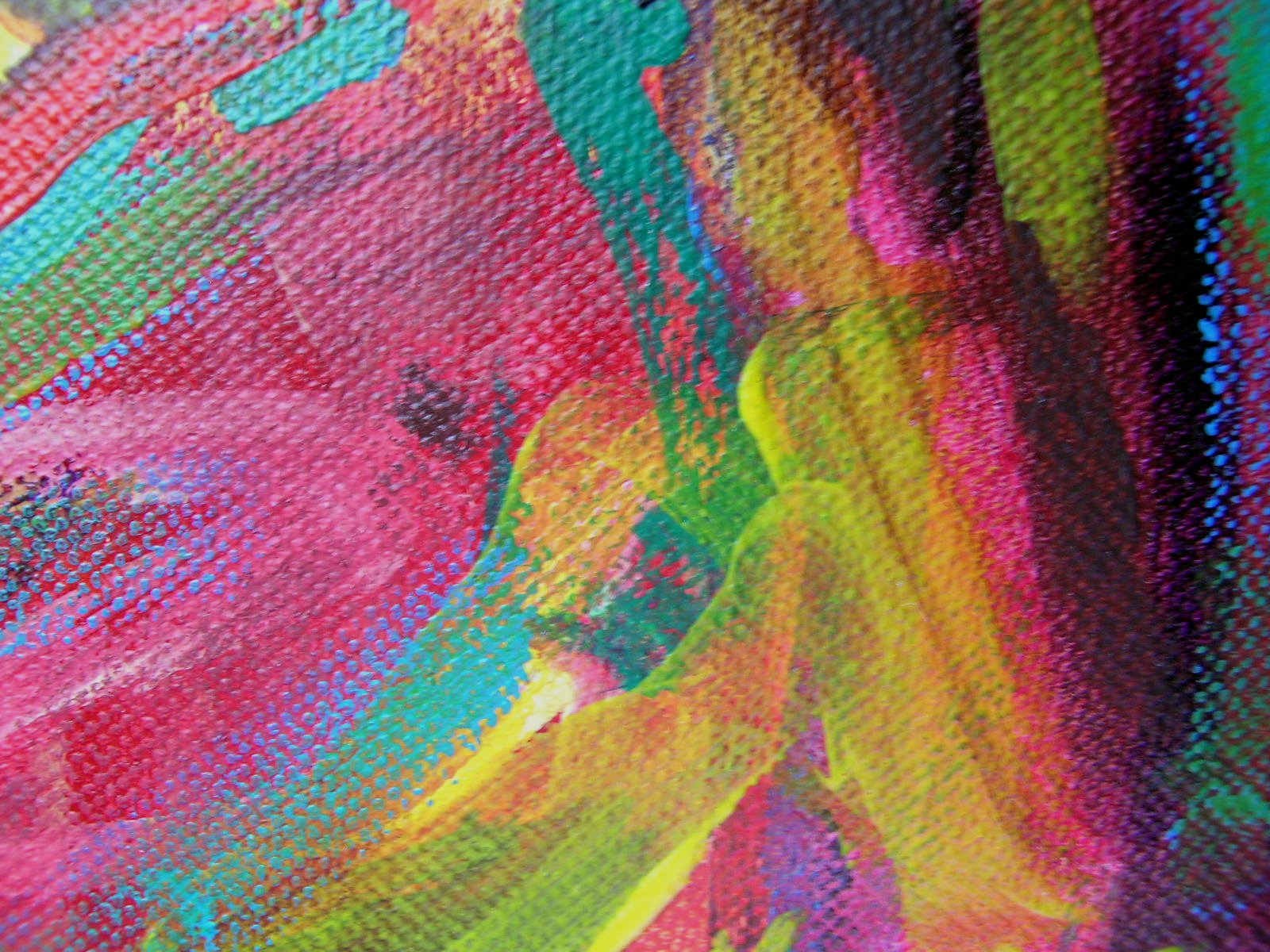 This is Part 2 of 2 posts about the Future of Music Coalition‘s Annual Policy Summit held October 28-29, 2013.  If you’ve not read enough acronyms today, this will be your place for fulfillment as you’ll read FMC, ISRC, ISWC,  ISNI and GUID.  I also found it worthwhile to link to two of my Pinterest pins from my New York City & The Arts Pinterest board, as well as a beautiful viola concerto written by Hector Berlioz, but only after seeking absolution from violists for having linked to pages of viola jokes.

This begins with my friend Tim Quirk.  I believe that Tim & I first met in Seattle when we both spoke on a panel about sampling at the Experience Music Project in 2003.  As I recall, this article – Been Caught Stealing – pretty much is what Tim delivered our on EMP panel.  I am delighted to be mentioned at the outset for my then-new proposal for a compulsory license to sample master recordings.  (My proposal would later be discussed in this 2006 Franklin Pierce Law Center article by David M. Cook.)  Tim was at Rhapsody and is now at Google.  Some backward-thinking music industry people prefer to think of Google as the always-bad-intentioned Anti-Christ.  I think the anger of those is misplaced.  It’s all Thomas Edison’s fault.  As a species we lived for x number of years without electricity.  Then came Thomas Edison and electricity and moments later, Google, and now all is lost.

77.  Tim is about to rail against a writer who is angered that too much choice is bad for music. Tim’s right. That’s idiotic. #FMC13

80.  Quirk – Same song will always be worth different amounts to different people and at different times. #FMC13

81.  As one climbs the pyramid, there are fewer fans but they are willing to pay much more. Always been this way. #FMC13

82.  Fewer fans but they are willing to pay much more. Always been this way. But now causal fans can get music for free. That’s what’s new #FMC13

83.  We build services by which fans can find masterpieces as opposed to being told by MASTER (head curator) what is the masterpiece. #FMC13

86.  Free (via P2P) doesn’t mean the artist isn’t making money. It means the listener is not paying. #FMC13

87.  How do companies “slice and dice” their record catalogs? Value in all of the different approaches. #FMC13

91.  Joey Ramone shouldn’t be played with Maroon 5. That could result from crazy or incomplete metadata. #FMC13

92.  If hearing more music means quickly liking but not remembering, the “more” part is more likely to lead to loving more music #FMC13

95.  Each level of the pyramid is addressed (ideally) in online programming. Lowest-casual fan up to top super fan. #FMC13

97.  Musicians need to embrace the new ability to speak to every kind of fan. Google is trying to do this. #FMC13

98.  Question about orphan works? – copyright ownership/metadata has been scrubbed off the recording. (This wasn’t a q – just a point) #FMC13

99.  Music cannot be devalued. The perceived value may have changed but that’s different from changing the value. #FMC13

100.  Music has not been devalued – too many only focus on the bottom tier (who get it free). There used to ONLY be a bottom tier. #FMC13

101.  My response to q from aud: Bottom tier fans are not important. Find mid & top tier-they are passionate. #FMC13

102.  Metadata panel is coming next. Jean Cook of FMC will moderate. #FMC13

Then came a brief exchange with Tim during this metadata session.

105.  @tbquirk Too bad we can’t do a good “Honoring of Alcohol” tonight. You know I’m not an old bitter female bass player, right?

And now back to the metadata session.

108.  The 3 codes that apply to the music industry (with respect to metadata) ISRC ISWC  ISNI  #FMC13

109.  Make it required or profitable that people register? PROFITABLE is better. That will make it happen (Jim Griffin) #FMC13

110.  Bugs in a system for database is not a problem. There are no databases. Codes are not being kept track of. Need for a standard! #FMC13

113.  Jim Griffin’s concluding words (from the metadata panel): “If we make it profitable (a global registry), it will occur.” #FMC13

There are three (3) codes that apply to the music industry.  ISRC (International Standard Recording Code) is an international identification system used by many digital distribution companies that sell music online.   ISWC (International Standard Musical Work Code) is “a unique, permanent and internationally recognized ISO reference number for the identification of musical works.”  ISNI (International Standard Name Identifier) is another internationally-recognized “certified global standard number for identifying the millions of contributors to creative works and those active in their distribution, including researchers, inventors, writers, artists, visual creators, performers, producers, publishers, aggregators, and more.”  The language and length of language from the ISNI reminds me of parts of the Copyright Law of the United States.  I felt the need to reward them (ISNI) for their length and I will never do that again.  Only here and now.

115.  Sobule figured a way to give her “mighty fanbase” a way to help her from “polished rock” to “plutonium” (record on her new LP) #FMC13

118.  Next up – Crista Kende, Performing Arts Specialist at Indiegogo. She is a classical (of course) violist. #FMC13

This is not the time or place for viola jokes.  There will be no links to viola jokes (2)  here either.  The viola is part of the string trio as well as the string quartet.  My favorite composition for viola is Harold In Italy by Hector Berlioz.

119.  It’s daunting for many artists to go from musician to one who has to do business & raise money. Indiegog assists with this #FMC13

126.  Streaming services are getting a bad name – they are paying 70% of their revenue. They feel free but are not (value of subscription) #FMC13

127.  Media space & ways to monetize are fragmenting. This makes it hard to collect money. Need to make payment easier. #FMC13

128.  Because there is so much competition, artists need to think of “narrative.” Need to spread the narrative. (artist’s good story) #FMC13

131.  Sobule Q about streaming – streaming & revenue is so mysterious. Old days one got cocaine under the table. How does it work? #FMC13

132.  Streaming is not mysterious (30 Tigers answer) as they are set – digital. Number of streams can’t be compared to downloads. #FMC13

133.  Spotify is between 3-4% of marketshare. There’s still larger entities – iTunes, etc. #FMC13 Sweden is a forest of streaming.

134.  We should be applauding streaming services. We should have made Napster legal. It took 15 yrs (Erin McKeown) YEA – I agree! #FMC13

135.  Yell at your record label if you’re not getting much money. Try to own your master. (McKeown) #FMC13

136.  Rhapsody is a little higher. Rdio is a little lower (comparisons to money collected from Spoitfy) #FMC13

137.  New developments in music industry that broaden the possibilities? Disappoitntment – SR do not have terrestrial performance right. #FMC13

For many years (since the 20th century, one century ago), I’ve used the CIA World Factbook to learn about other countries (as well as other sources).  Here is Sweden, CIA style.  Is a “forest of streaming” good, great, bad, horrible, neutral, inevitable or just the way it is?  Or some combination of those descriptive adjectives in that last sentence?

139.  Audience member: No one knows where the streams are happening. Sales can be traced. Is streaming info shared? #FMC13

141.  This panel is good but I need to get away from my screen & go play outdoors in the fresh air & diminishing sun before Red Sox game #FMC13

143.  Best example ever why metadata so unreliable: there’s no database of the ISRC numbers given out to recordings over past two decades. #FMC13

Back to that identity problem…  Will a singular GUID (Globally Unique Identifier) be developed that will manage this, or will there be another means by combining preexisting numbers and codes mentioned above that can handle this identification/royalty system?  That is an important question in going further with the transmission/broadcast of recorded (and live) music and the collection and distribution of royalties.