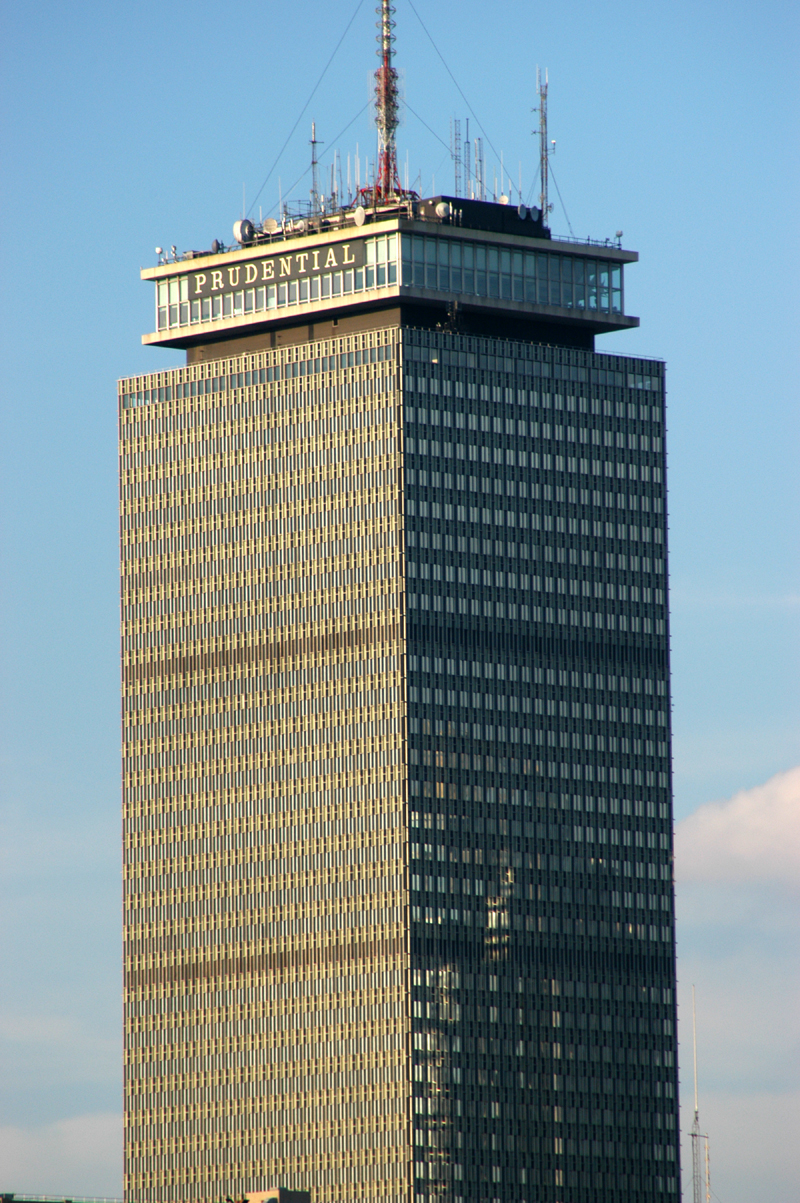 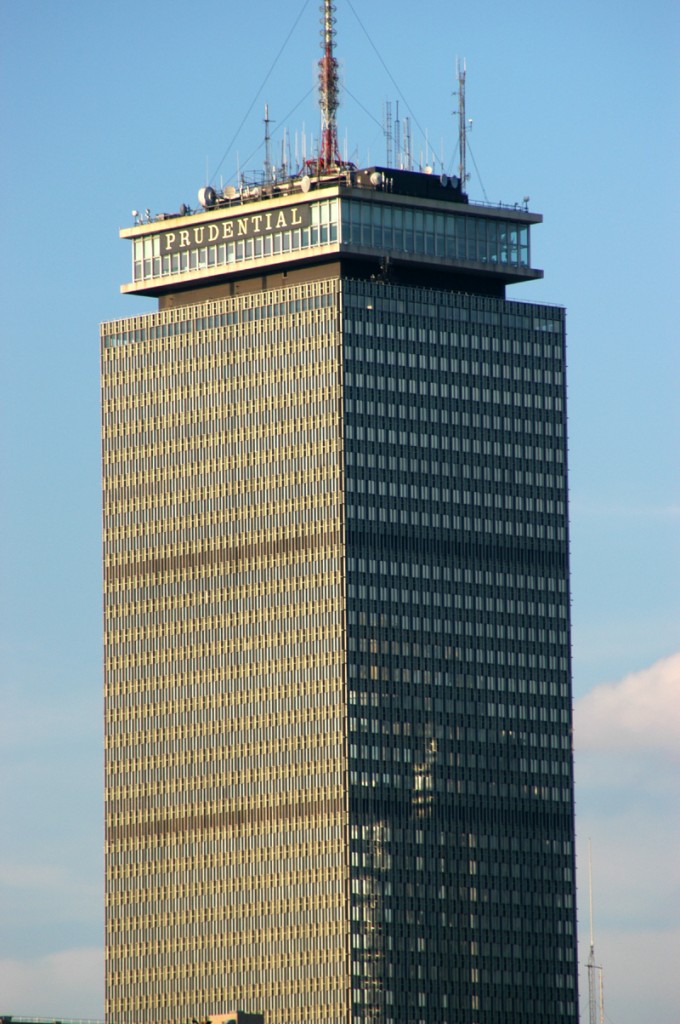 I always love the Tuesday before Thanksgiving because for the past 19 years I have spoken to students at the Berklee College of Music in Boston.  It has been an annual tradition, and a great honor, for me since 1993.  The second part of the tradition is our Thanksgiving Fish dinner at Legal Seafood in the Prudential Center, across the street from the Berklee classroom.  (The Prudential Center is posted as today’s photograph.  Finally, a post photo that relates precisely and without need for interpretation or metaphor-loading.)

In order to get to Boston, I’ll have to deport myself from Gloucester to Boston.  (I just wanted to use that “deport myself” phrase.)

At some points today, I’ll select some topics for my two-hour presentation.  I’ll choose from these questions and issues and more:

Can One Copy A Bass Line?

Can One Copy A Chord Progression?

Can One Copy A Guitar Solo?

How To Break The Law/How To Get Away With Crime (Crime?  “Fair Use” or The Perfect Crime ?)

What Is Fair Use?

What Is Right of Publicity?

What Is A Mashup And When Are Mashups Legal/Illegal?

I will play music from North America, South America, the Caribbean, The European Union, Asia, Africa, Australia-Oceania, and The Middle East.  Even if the Middle East is part of Asia, Africa and Europe, I consider it its own place/continent.  And I’m really thrilled that the CIA agrees with me!

I also consider the Caribbean NOT part of North or South America – it’s too much its own world/continent and shouldn’t be subsumed within NA, SA or The Americas.  The CIA disagrees.

I refuse to play music from Atlantis.  I’ve been boycotting it for awhile.  I have not ruled out music from Antarctica or Arctica (why isn’t it called A – R – C – T – I – C – A?).  Both poles speak to me.  Enough geography talk.

I could work the phrase, “A – Z,” into the title of this presentation, couldn’t I?  (Now I will.)  And discussing the music of “XSCAPE,” rather than “XENAKIS,” shows just how much of a stretch one (1) of these twenty-six (26) names was!

My questions for you  –

Do you have suggestions for adding topics?

Do you have suggestions for eliminating topics?

Should I write about these topics here at emichaelmusic.com or simply include them in today’s long talk?

Does the “How To Break The Law/How To Get Away With Crime” topic annoy anyone?